Рассказы Way to the Castle

Roberto, a seventeen-year-old boy, lived in a small village, Wheelhill, which was surrounded by beautiful lakes and forests. Wheelhill wasn’t an ordinary place to live in. It was a community of religious people who preached the kingdom of the Castle and followed the very strict rules of the holy scriptures. The majority of these people were farmers; some of them were bakers, builders, teachers, and a few of other professions which were needed to make the life of the village pretty independent from the outer world.

Surely, none of the villagers would use any worldly things, such as watching TV, reading newspapers of any kind, or listening to the radio. All these satanic instruments, they believed, would inevitably lead them to hell, as all the other people except for them – the ones who belonged to the faith of the Castle. 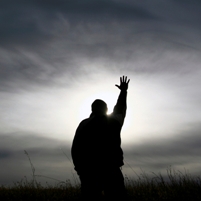 One might think that Roberto was one of those guys who would try to disobey all these rituals and senseless rules as a normal guy would and as actually the other chaps did in their own community. You know, the things like sneaking out from daily religious prayers, services and that kind of stuff. But not him, he was very much the opposite. He was wholeheartedly dedicated and committed Castler, the one who you may identify as a true believer. There was no time for him to play with the other boys. All his free time he prayed, studied the holy Castle scriptures and really believed that his life was full of meaning and purpose.

He regretted that so many other people living outside their village would very soon be dying eternally in hell because they had rejected the faith in the kingdom of the Castle. He didn’t have all the answers yet, but he was sure that quite soon he would reach the place where all ambiguity would fade away and he would get a complete enlightenment at the very place that is called the Castle. Yes, he was happy. Every day he would wake up in the morning with a sincere smile on his face, greet the villagers with cheer and do all his duties honestly, with care and diligence.

One day Roberto decided to go to the Castle. His parents were shocked to hear the news. Nobody from the community had ever gone to the place. Although everyone knew everything about it and its location, no one had really expressed the desire to go, partly, because the journey was long and difficult, and, partly, because the kingdom of the Castle would very soon spread its boarders and embrace the whole earth on the day of the great Judgment. Anyway, soon the parents of Roberto gave in as they couldn’t resist god’s calling in the heart of their son. Having gathered all his savings and borrowed some money from his friends he was ready to set off. One day before his announced departure he was asked to visit the office of the senior elder of the community. To his own surprise, instead of the words of encouragement and blessing, Roberto heard an order to bring two thousand golden coins to the community. He was shocked. However, he wasn’t going to concentrate on it. An adorable journey was right ahead of him.

It took him three and a half years to get to the final, the seventh, hill of his pilgrim’s journey. Roberto met many interesting people on the way. Perhaps, another story may be written to just briefly outline all the adventures that he faced and bumped into to reach the sacred place, but we should focus on the key things. By this time he had spent all his money mainly on the teachers of the Castle, who had talked about the difficulties of the way and how to get to the place, which he had clearly known anyway. Also he had many times spoken to those who were going back disillusioned and disappointed, not believing in the kingdom of the Castle anymore, trying to explain how incorrect they were.

Now there he was almost at the peak of the hill. It was the moment he had been waiting for so many years. His heart was pumping hard and the body was shivering. That was the moment for all his dreams to come true. No need to imagine, guess or speculate – that was the time for all to fall into place. He made one step, then another and one more. He reached the top. He could see everything right behind the hill. And there he saw … Roberto couldn’t believe his eyes – there was just another valley and further away one more hill. No, he wasn’t feeling stupid or angry – he would come to know these feelings a bit later. That day he spent searching for the Castle. All inner side of him rejected to believe that all what his all life was based upon was a lie. He did everything to find at least some evidence of any kind of a castle that might have been there. He looked at the map over again and again trying to check if that was really the place where the Castle should have been. All was correct, except for one thing – the Castle. 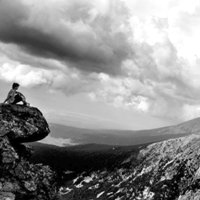 It seemed as though Roberto had lost someone very close and important to him. The whole spectrum of different emotions, which are typical for the people experiencing a significant loss, he needed to go through before he was able to speak to anyone. The entire life appeared empty and meaningless. There was nothing to live for. He knew that he had been deceived, continuously been lied to and brainwashed for absolute no reason at all. He tried to make sense out of it, but couldn’t.

After a while he came back to his home village and said about everything he had seen along the journey to the Castle. Nobody believed him. The news that Roberto backslid from the faith was immediately spread all over the village. His parents, as never before, were ashamed of their own son. Not before long he was announced a heretic and betrayer of the true faith in the kingdom of the Castle. Nobody was allowed to greet him in the streets and he personally was advised to leave the village.

Having lost his faith, the core of his entire worldview and life, that day he lost his family, friends and community – the only place where he really felt home.

Roberto had nowhere to go but to the people who, as he had previously believed were sinful, perverted, ferocious and predestined to burn in the eternal fire. At that time it didn’t really mean much, what’s more, he wasn’t sure any more that all such judgments were really true. To his surprise, he found out that the people in the neighbor village were not bad at all, perhaps, even the opposite. He saw them welcoming strangers regardless their faith or believe, cooperating and working together without asking what confession he or she belonged to.

Somehow he saw in them an unembellished honesty, the quality he appreciated the most in people, and simplicity in the acts of goodwill, which as it seemed to him these people were doing not to please an almighty one or avoid heavenly punishment, but just because they wanted to do so, without expecting anything in return. Despite all recent troubles and disappointment, the life for Roberto was just about to begin.